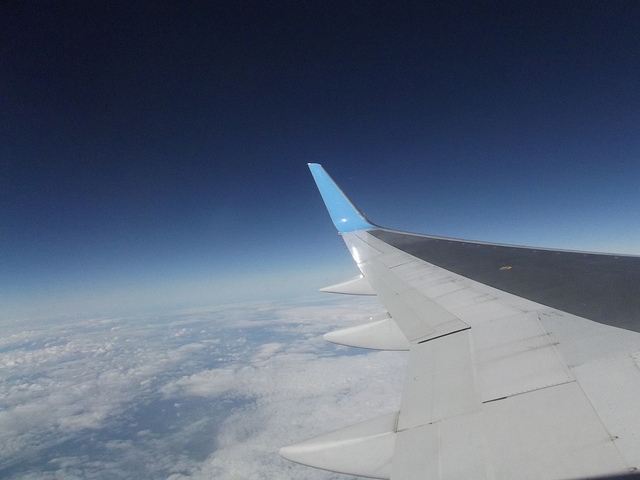 Asking when’s the cheapest time to book flights is like saying “who’s better at singing; Rihanna or Beyonce Knowles?” – it’s a completely unanswerable question (as they’re both painfully terrible!) Still, you people like to read about how to grab a bargain, and it is possible to ensure you pay less than the average price if you’ve got some insider information at your fingertips.

With this in mind, i’ve taken the time to compile this short article in an attempt to fill you in on a few of the techniques i’ve used over the years. Unfortunately though, the best time to buy flights will always heavily depend upon which provider you use, and which country you’re looking to travel to.

In nearly all cases, the cheapest flights from the UK to Europe will be in the mid-week. Opting to travel during unsociable hours (1am to 5am) will also usually bring the price down somewhat. You definitely want to avoid traveling to a European city between May and August as this is when prices are most inflated and your money could be spent better elsewhere. That said; if you’re looking for a short break and don’t mind traveling during the cold months, London to Stockholm flights can usually be obtained for next to nothing during November, December, and January.

If you’re considering heading out to somewhere like Spain or one of her many islands and territories, you’ll probably want to visit whilst the weather is at its best, so May to August is ideal. Flights will obviously cost a little more during this period but if you wait until a week or so before you want to travel, the last minute deals can be fantastic. No hotel owner wants to be under-occupied during the main season, so they’d much prefer to rent you a room for a reduced rate than have it stand empty. You know what they say; it’s better to lose a fiver than a tenner.

The Rest Of The World

Sadly, booking flights to the U.S will always set you back quite a lot of money, and that’s why lots of people book theirs inclusive with a ticket to Disney World or somewhere similar, as this does actually bring the cost down – but unless you’re traveling with small children, this probably isn’t going to help you out.

Unsurprisingly, the cheapest date to fly to America is September 11th – in fact, that’s the cheapest day to cross the Atlantic, even when visiting Canada. A standard return flight to see our Canadian brothers and sisters usually costs around £600, but this was reduced to £300 last year on September 11th, so if you’re not particularly concerned about that date, then I say go for it.

Flights to Africa and other countries that stay very hot all year round are generally at a stable price. Though we don’t see much fluctuation at different times of year, again, waiting until the last minute can be very beneficial.

So there you have it my jet-setting friends. I’m sure you’ll now be in a position to ensure you save a bit of cash next time you book a flight to anywhere in the world. Basically it just requires some common sense – good luck!

Hi! Thanks for stopping by my site! if you want to submit your own content head on over to the guest post page for more info